Graham graduated in botany from Manchester University where he also completed a PhD in plant pathology. He worked at Plant Breeding International (formerly the Plant Breeding Institute) in Cambridge for 27 years on resistance to diseases of various crops, during which time he became Head of Pathology and later Head of Plant Technology. In 1999 he was appointed Director of Research and Development at HGCA (Home-Grown Cereals Authority) retiring from that position in 2009. Between 2010 and 2014 he chaired the HGCA Recommended Lists Board. 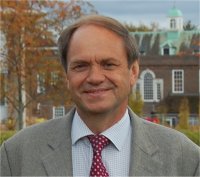